As reported last year, the school is now registered with the Government’s Vocational and Educational Training Authority [VETA] as the St. Agnes Vocational Training College. The college continues to run electrical engineering and tailoring courses. A new Hotel Management course has been registered with VETA but its start has been delayed until January 2021 because of the virus situation.

2020 in Mtandika has obviously been overshadowed by the coronavirus in two main respects. All schools and colleges throughout Tanzania were closed for a couple of months during April and May but reopened in early June. Most of the students returned when the college reopened, although a few were affected by reduced funds being available because of reduced parental income. Some additional funding has been considered to help such students. It remains to be seen whether the reduced tuition period because of the college closure, will affect the results in the upcoming December VETA exams but results of the mock exams in September were very encouraging. 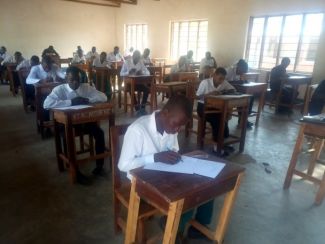 The second effect of the coronavirus has been the lack of funding possibilities since March, with the cancellation of the usual summer Garden Party and November Quiz due to Government restrictions on meetings. This will result in a shortfall of some £5000. Obviously costs in supporting the college and sponsored students still continue and we have been very lucky that monthly donations continue to be received from our many, regular, long term donors. Some 10 of the 32 college students who are orphans or from very poor families are sponsored through these regular donations. We also continue to receive generous support from the Tadworth and Walton Overseas Aid Trust [TWOAT] with their assistance for teacher’s salaries and fees for 6 of the 10 poorer college students. 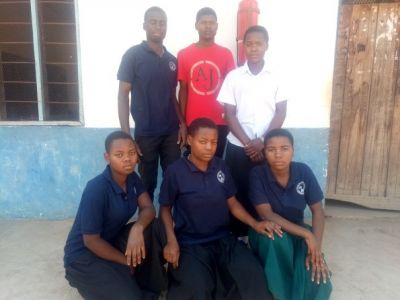 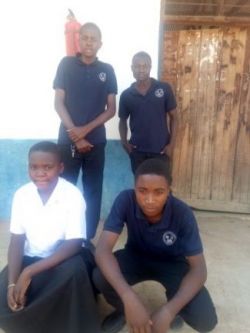 Students sponsored by Action in Africa

In addition to the older college students who are sponsored, the regular donations pay for half a dozen orphans who live at the college and go to the village Primary School, as well as four students who attend boarding secondary schools and six university/college students.

To raise extra funds Mary had a sale of her home made jams during October and with some very generous donations, made £800. She has now started holding monthly cake sales, with the help of several friends who she has asked to make cakes. The first sale at the end of October raised £475.

As mentioned last year, since Sister Barberina’s tragic death in January 2019, the Teresina Sisters have taken over the running of the college, with Sister Damiana Kikoti as Principal, Sister Restituta Msemwa, as Accountant and Sister Desderia Kalinga as Matron. We continue to be in daily contact with the new management through the lay Vice Principal, Shabani Bilaly. 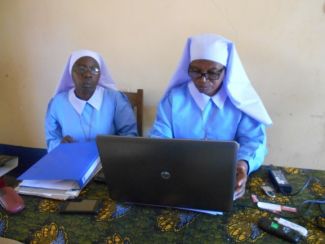 The tailoring and electrical courses are both now well established, with 32 students in total spread over two years. During their courses the students have two periods of practical fieldwork.  The electrical students are attached to large local firms or TANESCO [Tanzania Electrical Supply Company]. During their normal college studies they carry out practical work on electrical systems around the college. This year this has included major maintenance of the maize milling machine and solar water pump. The students on the tailoring course are attached to large clothing suppliers during their fieldwork and gain invaluable insight the world of fashion. None of the students have any problem finding very good jobs when they graduate. 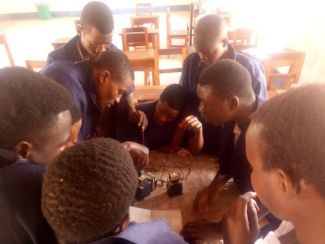 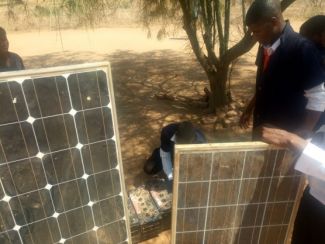 The students continue to follow Sister Barberina’s philosophy of maintaining the college’s  self-sufficiency in terms of growing as much of their own food as possible and excellent crops of  maize, cassava, rice, beans, onions, tomatoes, bananas and papayas have been harvested this year. Any surplus items, such as onions, are sold to provide a small income for the school. Livestock such as chickens, ducks, pigs and rabbits, as well as fish, continue to provide occasional nutrition for the students, as well as an income for the college. 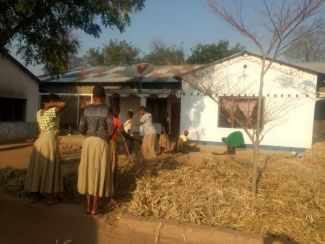 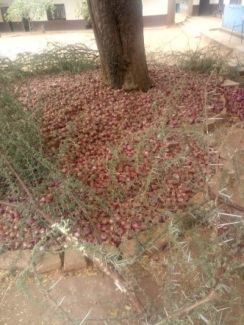 Onions drying in the sun

As well as maintenance of large machines around the college, five computers have been upgraded for use in IT lessons. In addition VETA now requires students to sit at single desks, rather than double desks, so 32 smaller desks had to be made during the year. 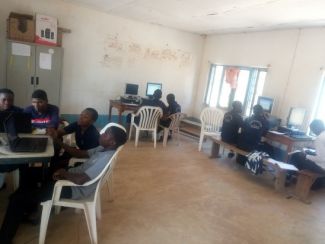 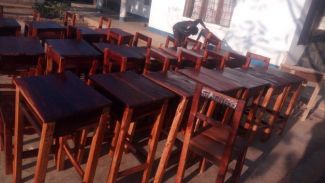 During the year the Diocese of Iringa kindly donated mosquito nets for all the students and staff as part of a Government project to improve health in all schools and colleges. 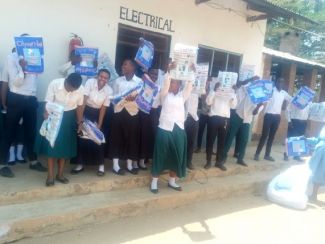 The students showing off their mosquito nets

As already mentioned, regular donations received also pay for four orphans who live at the college and go to the village Primary School [Rehema, Verdiana, Micky and Francy], as well as five Secondary School students [Dory Lalika, Jesca Kaundime, Alminata Mhapa, Irene Mhapa and Monica Chambo]. Rehema and Verdiana are waiting their final exam results at Primary School and hope to start at Secondary School in the New Year. Monica completed Secondary School and was given a laptop to help with her university applications. She has just heard that she has a place at the University of Dodoma to study for a teaching degree. 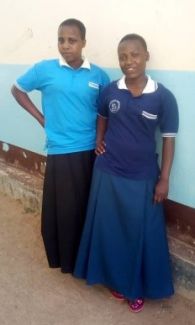 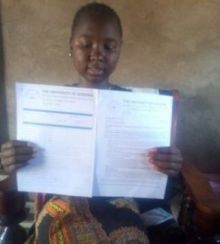 As well as the three girls at university mentioned last year [Maria Makongwa, Beatrice Mwinuka and Teresia Chavala, shown left to right in the first picture below] who are studying for Teaching Degrees, we are now sponsoring two boys, Azizi Mzavange, studying for a Civil Engineering Degree at university and Carlos Mwynyi, studying for a Diploma in Pharmaceutical Science at college. In addition we are sponsoring Irene Chambo studying for a Diploma in Early Years Education at a vocational college. Azizi, Carlos and Irene are shown left to right in the second picture. 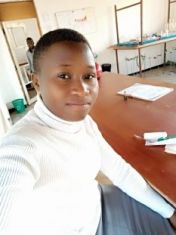 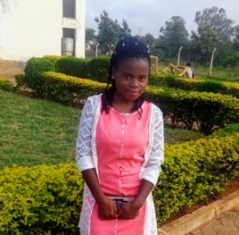 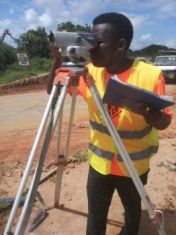 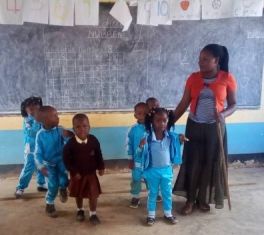 We are always in need of funds to help with the education of students at various stages of their education, as well as the support of the college and the students studying there. So please contact us if you are able to support us.