Mtandika is a large village in the dry Ruaha river valley, 400km west of Dar es Salaam and 100km east of the District Capital of Iringa. It is a very poor village, depending on the sale of onions to traffic passing through on the main highway from Dar es Salaam to Zambia, 500km to the west.

The local Roman Catholic Teresina Sisters (Teresa of the Little Child Jesus)run the Primary and Trade Schools, a Hospital, a Clinic and an Orphanage. They depend to a great extent on donations from overseas. There ia also a government run Secondary School (Lukosi) in the village.

Early Development of the Trade School 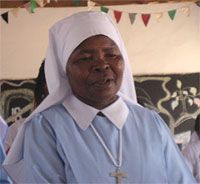 When she retired from being Headmistress of the Primary School at Mtandika in 2005, Sister Barberina started developing a Trade School to provide tailoring skills training for girls who were not able to carry on into Secondary Education. Sister started by building a classroom and dormitory for about 20 girls who were given sewing lessons and learned to make garments to sell. 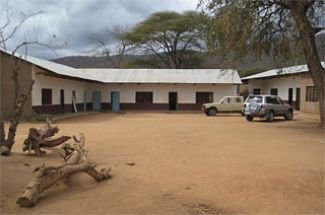 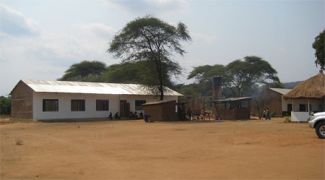 Cooking and eating was still carried out in the open air and in addition a staff accommodation block was needed. So in 2008 Sister started building a dining room/general purpose hall, a kitchen block and a final accommodation block. These were all complete by 2011. 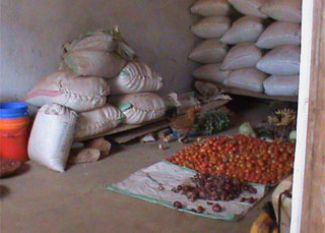 Produce grown on Sister’s shambas The girls are taught to be as self sufficient as possible and grow their own food and rear animals in the school grounds. 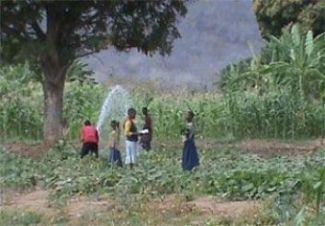 Water supply is critical as water is not only required for every day purposes at the school but for irrigating the shambas [allotments]. Up until 2010 water was pumped from the nearby perennial Lukosi river some 500 metres from the Trade School using a petrol pump. At the end of 2010 it was decided to purchase a solar pump and this was installed by March 2011.