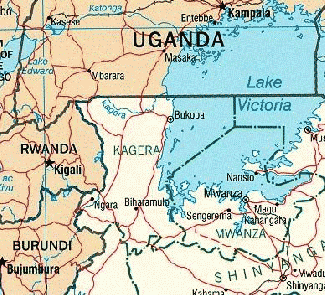 Naishozi is in the highlands of Kagera Province to the west of Lake Victoria, closer to Uganda or Rwanda than to the Tanzanian main city, Dar Es Salaam, far away on the eastern coast. Although close to the Equator, because of the elevation, the temperature is more gentle and can even be chilly at night.

The area cared for by Action in Africa contains some 45,000 people living in the 4 main villages of Nyaishozi, Ihembe, Rugu and Nyakasimbi.

Hilly and with a light shale soil, the area relies on regular rains as it is difficult to retain water. The rains normally come twice a year with two months without rainfall in between. In recent years the rains have failed, because of changes in global weather patterns. This has meant that crops have failed, bringing hunger to the people. The new crops introduced by AiA have struggled to cope with the poor rains.

Nyaishozi has several dispensaries, including one in Nyaishozi Village itself. Rebecca Didas, a former Action in Africa sponsored student, works there as a midwife. As a trustee of the Nyaishozi Action in Africa committee, she is well placed to advise us, through Father Vitalis (Chairman), on the medical needs of the local community. Other dispensaries service the outlying villages and we try to help each of them as needs arise. 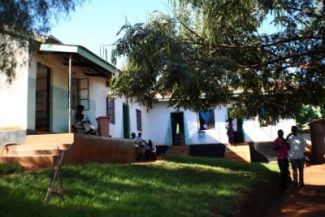 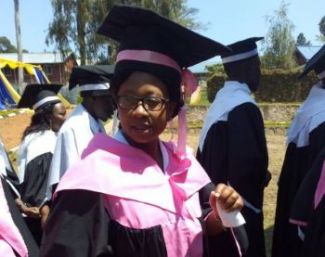 Rebecca Didas on her Graduation Day